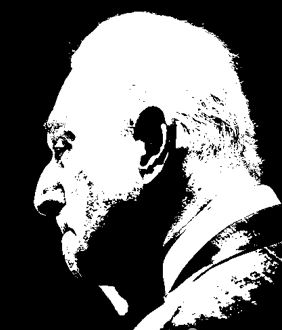 Political libertine and self-described “dirty trickster” Roger Stone has been Donald Trump’s friend, advisor and confident for decades. Their journey together began with an introduction in 1980, by none other than Roy Cohn, who was Stone’s mentor and instructor of the dark arts of political machinations and demagoguery. Cohn, being well known for turning the McCarthyist Red Scare into a cudgel to bludgeon his enemies with, perhaps indeed being the mastermind of an actual witch hunt decades prior.

Now that Roger Stone has his charter membership in the growing club of people indicted by the Special Counsel investigation, he has begun a now familiar song-and-dance that his felonious cohorts have all performed. Previous stating very publicly that he will not cooperate with the Special Counsel and testify against Donald Trump.


“I’m also mindful of any prosecutor’s ability to squeeze underlings to get them to compose testimony against a bigger fish, I have not been contacted by the special counsel’s office. I made it abundantly clear that there is no circumstances under which I would testify against the president. I would not rule out cooperating if they think I can be helpful in some area, but beyond that, I have not spoken to them.”

Seems pretty resolute, but this quote was from back in August, which seems like an eternity ago. Since he has now been officially indicted, he has made a similar statement, similar but not identical, and the difference may seem subtle and nuanced, but it is actually quite significant.

“As I have said previously, there is no circumstance whatsoever under which I will bear false witness against the president, nor will I make up lies to ease the pressure on myself. I look forward to being fully and completely vindicated.”

These two quotes, once juxtaposed to each other, tell an interesting story. He has gone from ‘not going to testify’ to ‘not going to lie’. There are many adjectives which can be used to describe Roger Stone, but self-destructive is not one. He, like the other felons and accused felons who have fallen to the Special Counsel’s intrepid inquiry; have had reality fall upon him like a wheelbarrow full of lead bricks.

There are a few factors in play which I am certain Stone is keenly aware of. The most obvious is that Donald Trump has not pardoned a single person who has been indicted. He can look to his former business partner and friend Paul Manafort languishing in a jail cell and it must be like looking into a crystal ball. He has seen other associates from Trump’s campaign do stints in jail, for much lesser offenses. No pardons for anyone, and Stone also knows why that is.

Roger Stone is also keenly aware that his career as a political consultant is over. His partner Manafort is in jail, his business records are being assessed by the FBI, nobody who would hire a consultant for the work that Stone has done, will ever want to be associated with him again. He also knows that at 66 years of age, any lengthy sentence could be a life sentence, and there are no triple espressos in prison.

There is simply no motivation for not cooperating, and Roger Stone knows it. He is already setting the stage and slightly yet significantly walked back his previous pronouncement of intractability. At this point, he is strategizing his best path forward which consists of when he will try for a cooperation agreement. One which will get him the least amount of jail time so that he can enjoy the last decade or so he has on earth.